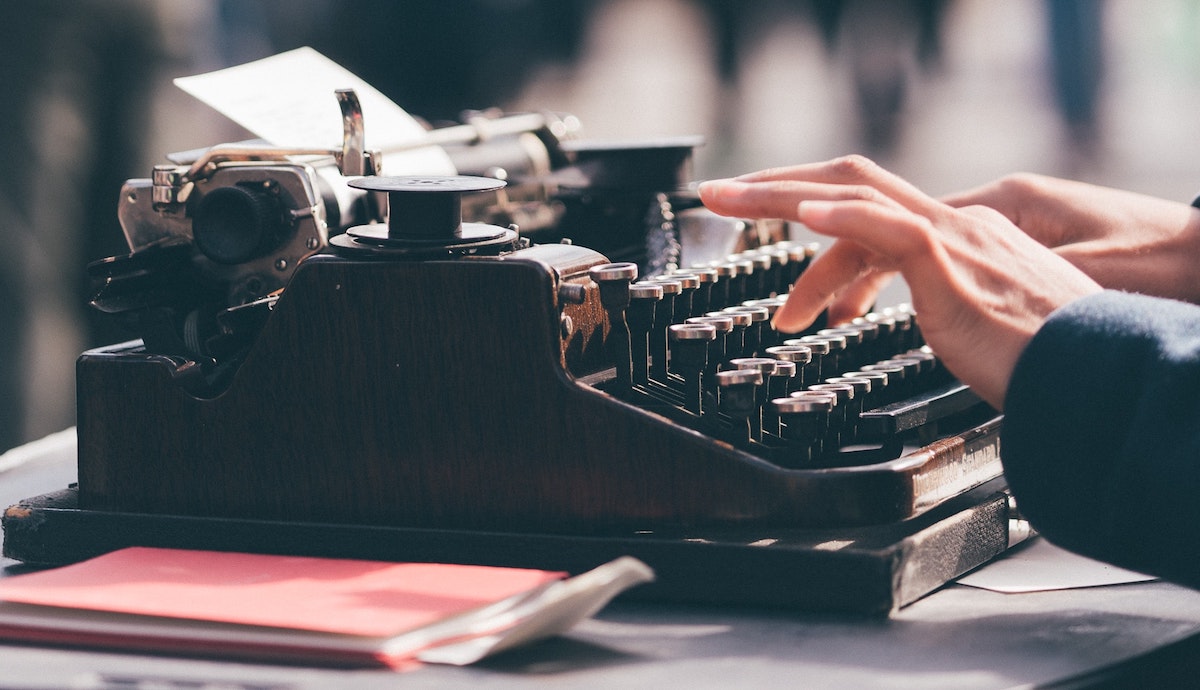 When I graduated from college, my dream was to lead a team at a startup. Over the past decade, I’ve had the opportunity to serve in a variety of engineering and management roles with funded tech startups and, most recently I joined The Graide Network as their Chief Technology Officer.

The Graide Network was my dream job. I got to pick the tech stack, hire the team, make important decisions, and speak and write about all of it. It was challenging, exciting, and it felt like something I’d want to do forever.

In 2020, when Covid-19 struck, the business hit a wall. Our customers (K-12 schools) tightened their budgets, and like many early-stage startups, we had to let a few team members go. I had been managing the engineering team for four years, and now and after Covid, the team had contracted to just one other developer and me.

As I reflected on my career, I realized that it was time for a change. I had grown very comfortable as an early-stage startup CTO, and I was afraid that by continuing with The Graide Network (or finding a similar startup job), I would remain safely in my comfort zone forever.

The Comfort Zone: The Most Dangerous Place to Be

“If you opt for a safe life, you will never know what it’s like to win.” - Richard Branson 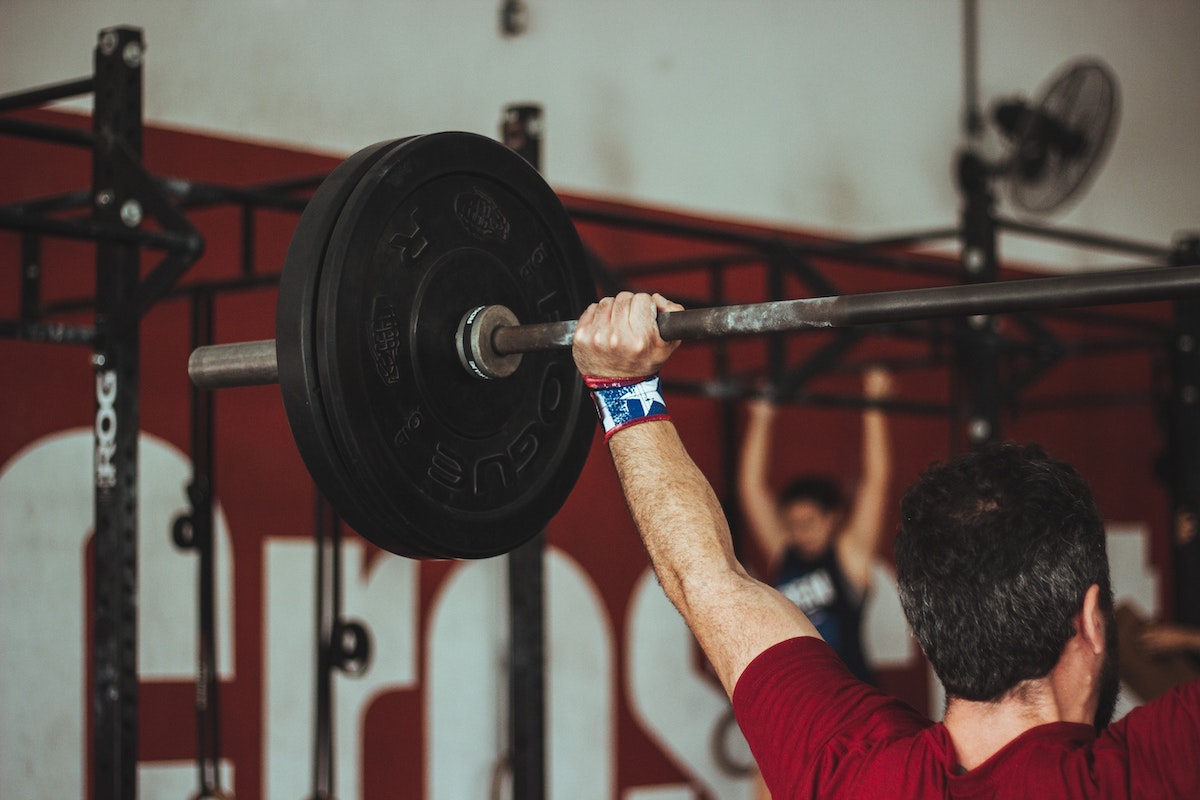 Every leap forward I’ve made in my career has been followed by a visceral, gut-wrenching increase in anxiety.

I distinctly remember being brought into a meeting with the founders when I was at Packback and being told that our Head of Engineering was leaving and that I’d be taking over. I didn’t sleep that night. I couldn’t stop thinking, worrying, and asking myself what the hell I was going to do.

The same feeling carried me through my first conference talk. I had spoken in front of small audiences in meetings and informal settings, but being on stage with lights and a microphone, and a timer was sickening. I basically blacked out and, at some point, walked off stage while people clapped politely.

But, after leading small engineering teams for over five years at early stage startups, the job had become mundane. I had a process for everything, I knew what the most likely technical and business challenges were going to be, and I was getting great reviews from my teammates. I’m not saying I was the world’s best engineer or manager, but I had reached a level of adequacy that allowed me to be very comfortable.

While living in my comfort zone, I wasn’t having sleepless periods of frantic anxiety, but I also wasn’t growing.

The Hedgehog Concept comes from the Greek fable about the fox and the hedgehog: while the wily fox knows many things, the simple hedgehog only knows one thing, but that one knowledge bite is highly impactful in protecting itself against danger. - Jim Collins

Knowing that I needed to be chasing growth, I began contemplating a more significant career pivot, and Jim Collins’ Hedgehog Concept kept coming to mind. The Hedgehog Concept says that to build something great, you have to focus on the intersection of these three things: Collins was talking about building companies, but it’s true for careers as well. My job as an engineering leader had allowed me to earn good money, but I wasn’t going to be the best in the world at it, and I wouldn’t call engineering my life’s passion. When I think about what people might say at my funeral, it’s not, “Oh, Karl, he was a great engineer.”

As I started exploring my options, talking to friends and mentors, and weighing various business ideas, I kept wondering what I really wanted to be the “best in the world at?”

The Best at One Thing or Pretty Good at Two Things?

Several years ago, I read How To Fail at Almost Everything And Still Win Big, by Dilbert creator Scott Adams. While I don’t agree with much of Adams’ politics, the book is full of sage advice for anyone who thinks differently from the mainstream.

One of my biggest takeaways was Adams’ idea about combining skills:

If you want something extraordinary, you have two paths:

The first strategy is difficult to the point of near impossibility…I don’t recommend anyone even try. The second strategy is fairly easy. Everyone has at least a few areas in which they could be in the top 25% with some effort. - Scott Adams

This simple yet brilliant idea makes becoming successful an order of magnitude easier. Putting It All Together

As I thought about my skills, passions, and the things that people would pay me for, I started to think about writing.

I’ve always loved writing. It’s therapeutic and allows me to help, teach, and encourage others. My final internship in college was as a technical writer, and a few companies had approached me about writing for their blogs. I figured that if I could find a few clients to pay me to write, I’d make a go of it.

In May 2020, I found a list of freelance technical writing opportunities, and I started applying. By June, I had written for six different clients, and I was starting to trade out some of my lower-paying clients for higher-paying ones. I wasn’t making as much as I would as a developer, but I started to see a path forward.

I talked to my CEO at The Graide Network to let her know that I’d be transitioning out by the end of the summer. I offered to ramp down slowly and stay on as a part-time advisor if she thought it would help. This eased the transition and allowed me to start thinking about how I could make a real living as a writer.

After writing a few articles and continuing to comb through my network, I had more work than I could handle.

I found out that companies have a really hard time finding experienced software engineers who are also good writers and started to wonder if the market might be bigger than I first thought. I was doing almost zero outbound sales and still being approached by 2-3 new clients per week. Several of my early clients had mentioned job opportunities, and people referred business to me from all over.

So, I did the logical thing and kept raising my rates.

While this priced out some of my early clients, they understood that I needed to make a living.

So this is Product-Market Fit?

As I continued to field interest, I kept thinking about Justin Jackson’s essay, What Does Product-Market Fit Feel Like? In it, he says:

Without you having to try too hard, customers should be showing up to buy your product…Many of the problems entrepreneurs face are related to targeting a niche where there aren’t a lot of fish, or the fish aren’t biting. - Justin Jackson

I had worked with several startups where sales were by far the biggest challenge. Reflecting on those experiences, I realized that my past startups were trying to convince people to pay for something completely new. While this path makes sense for funded startups, I expected to spend months finding my first few clients, and instead, I had stumbled into a pond filled with hungry fish. It was exciting and a little bit scary.

I started to think about what it would take to scale this business up.

I’ve been listening to Brian Casel’s Bootstrapped Web podcast for the past year. Brian runs a business called AudienceOps, a “productized” content writing service where he’s been able to serve more clients and grow a profitable lifestyle business that runs mostly without him.

While I enjoy writing, I was nervous about freelancing full-time forever. What happens if I want to take a month off? If I have to keep increasing my rates, will I only be able to work with huge, boring clients? Will I get sick of writing variations on the same few technical topics for years?

One of my long-term career goals has always been to start a business. Freelancers may be self-employed, but they’re really just working several small jobs, so I knew I wanted to do something bigger than that.

In July, I stopped taking clients who wanted to hire me specifically and started redirecting them to my fledgling agency, Draft. While I imagine I’ll continue doing much of the writing this year, hiring other writers allows me to continue focusing on hard (to me) problems like sales, marketing, and building processes.

Compared with the ambitious, venture-funded startups I worked for in the past, Draft is so…simple. There are customers with a need, and I have a skill that helps them meet that need. If I’m smart, I’ll be able to operationalize it and get out of the day-to-day within a few years. To me, that sounds like a fascinating problem to solve, even if it’s not something worthy of outside investment.

I see online lifestyle businesses like mine as the “corner store” of our generation. Our grandparents could lease a storefront, and (with a little luck and hard work) ride the wave of growing prosperity in their neighborhood to make a living. I’m not going to build the next Facebook, but there’s enough growth in the technology sector to make a living in lots of little niches you might not have expected.

So that’s why I left my career as a startup CTO to become a writer. Find me on Twitter or sign up for my newsletter if you want to follow along.