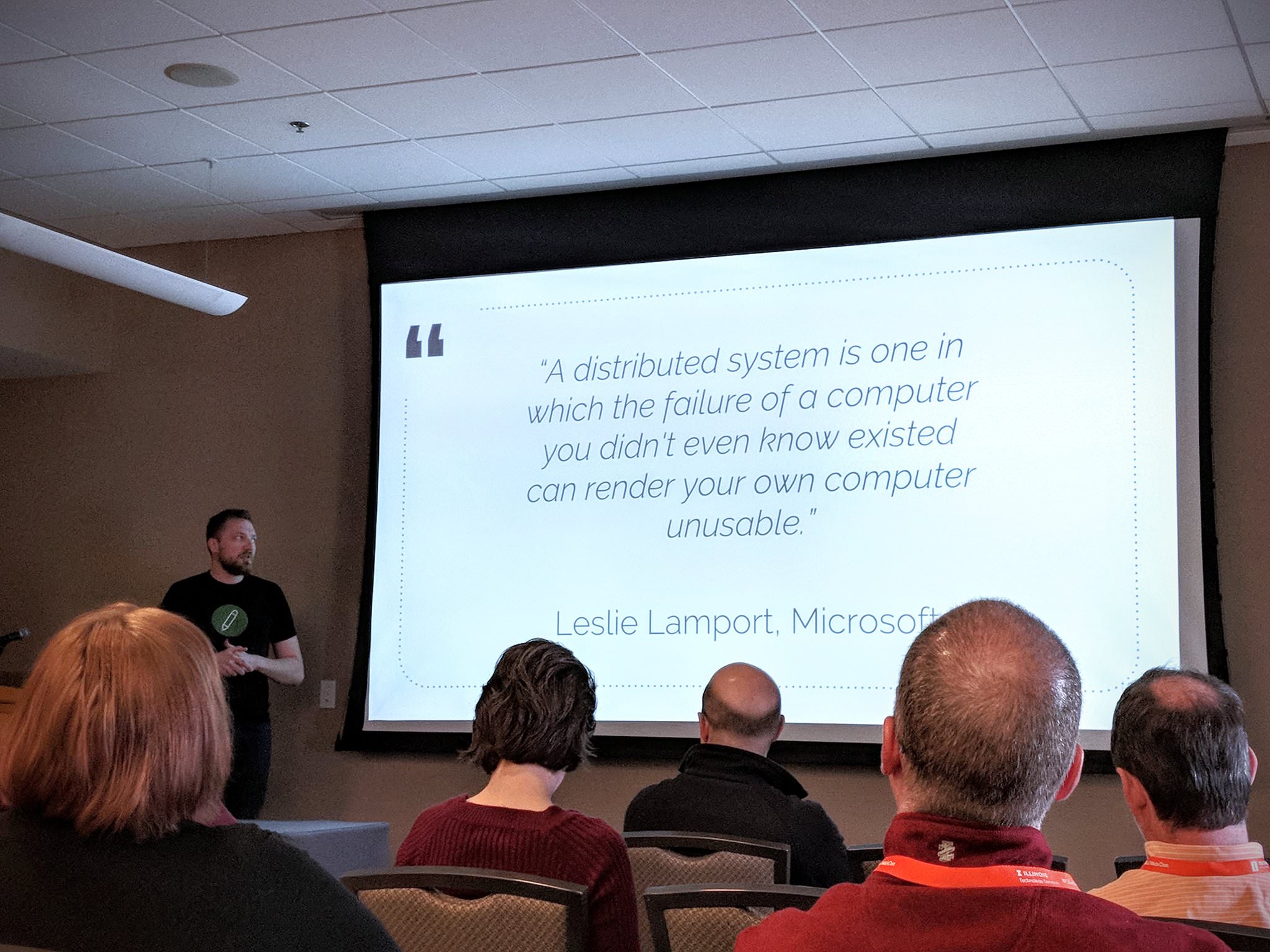 For over a year now I’ve been applying for (and speaking) at tech conferences. Midway through 2017, I made a goal for myself to speak at at least four conferences in a year, and I’m really happy to have accomplished that goal.

Along the way, I’ve run into many other developers who asked me about how I got into speaking and what my process was like, so I wanted to put this post together as a resource for prospective tech conference speakers. Whether you’re just starting your career out or you’re retired, you can definitely speak at a conference if that’s something you want to do. Here’s how I did it:

A lot of smart people with good advice will tell you to be selective and carefully craft a proposal for only a few conferences that are a great fit for your talk(s). That’s not how I did it.

Honestly, I didn’t know enough about my talks, the audiences I was addressing, or how difficult it would be to get accepted to be picky, so I figured I would just cast a wide net to start out. First, I created a huge list of conferences, set up a notification system for myself (you can use it too), and started submitting 1-5 applications every week. The conferences I chose were mostly developer-focused, but a few were management or general technology oriented events.

I came up with and pitched three different talks. One was pretty well defined as I had given it at bootcamps several times in 2016 and the other two were rough ideas without slides. I wrote blog posts for each of them (to show conference organizers that I knew the topic), and as they were accepted, I did each of the talks at local meetups to prepare. That forced me to have slides ready long before the actual event, and it allowed me to get some feedback from a friendly audience before going on the road. I also spent a lot of time practicing. By the time I gave a talk at a conference, I had typically given it in a mirror at least 20 times.

I submitted at least one talk to 43 conferences, was accepted at 7 of them, I declined 2 because of scheduling conflicts, and 1 was cancelled. That means that I spoke at 4/43 conferences I applied for, a rate of just under 10%. I didn’t really have expectations for this first year, but since my approach was not very focused, a 10% speaking rate and 16% acceptance rate seems like a good start.

Now that I have a baseline acceptance rate, I met my goal of speaking at 4 conferences, and I got to refine a few talks, here’s what I would tell anyone considering speaking at this point:

While applying to over 40 conferences in a year was a great experience, I’m going to be pickier in the 2018. I love traveling, but doing one conference per month is probably too much for me at this point, so I’m hoping to take it down to 1-3 per year and will try to focus all my talks on a single niche.

If you’ve got other resources for new conference speakers, I’d love to hear about them. I’m still learning a ton about this process and trying to become a better speaker, so find me on Twitter for more.