The Side Project Marketing Checklist: Making it Go Viral

Like many developers, I’ve been building side projects in my spare time for years. One of the most fun things about being a software developer is having the ability to build tools that solve your own problems, so most of these projects have been very specific to my needs, but a couple have had potential for market appeal.

The problem for me has always been effectively marketing my side projects. Typically, I build a product for myself, try a few things to get the word out, and then lose interest. This has led to most of my projects languishing in obscurity, but this year I’m trying to change that.

The Side Project Marketing Checklist

I like organizing things, and after reading Atul Gawande’s Checklist Manifesto a couple years ago, I’ve been really into checklists. Since I wanted to get better at marketing my side projects, I figured the best thing to do would be to make a big checklist for them. I put the checklist out on Github, and soon after I built a landing page and posted in on Hacker News. 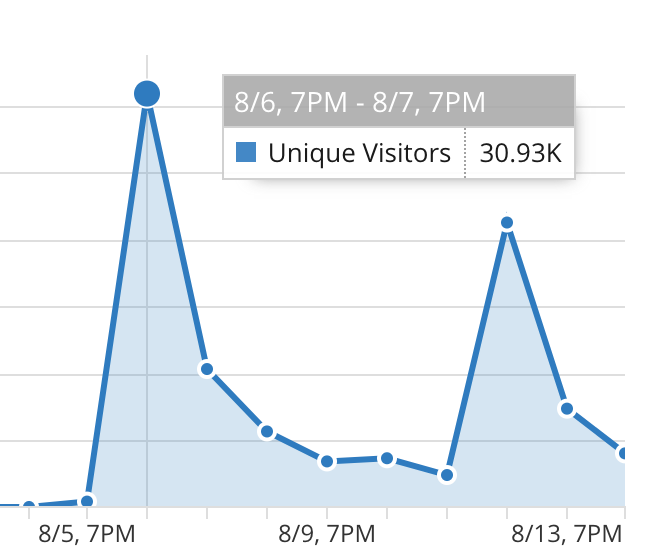 I was blown away. The repository has been trending on Github for the past two weeks now, and it’s been linked to and shared on hundreds of smaller sites as well. I quickly put up an email signup form and got a few hundred email subscribers. Hundreds of people shared it on other social networks as well.

I spent about an afternoon compiling the first version of the list. After a couple re-works and reorganizations, I felt pretty good about it. Most of the tactics were things I had either tried or been told about by friends at startups. No project will use every item on the list, but I wanted the list to be comprehensive. That way, when I started a new project, I could copy the list, remove the items that didn’t apply to this project, and then I’d have a simple step-by-step guide for marketing the project.

Making the whole thing fit into a single page was important to me. Side projects aren’t companies with dedicated marketing resources - they’re just something you spend a few hours per week on - so I knew that spreading the list out across a bunch of pages wouldn’t work.

I also knew that I wouldn’t have space in the checklist to include tutorials for how to do everything, so instead I linked out to other resources that other people have written on the topics.

Initially the list was just a markdown file, but after I had a good working version, I decided to use Github Pages and Jekyll to build a little landing page around it. I bought a domain name and put it all out there at SideProjectChecklist.com.

I also decided that there were two things I wanted users to do when they got to the site:

I made those two calls to action very prominent on the site without being annoying that way people would gravitate to one or both of those options.

I had no idea that the checklist would resonate as strongly with people as it has, but I do think that a big part of its success was luck. Still, there were some things that made an outsized impact when I was promoting it:

As it started picking up steam and hit the front page of Hacker News, I started making a plan for following up on its success:

While I still don’t have a rock-solid plan for monetizing the checklist (I’m not sure it’ll be worth it until it’s a bit bigger), I do have a roadmap for marketing the project and getting more contributors.

The whole project is open source! So, if you have a suggestion to improve it or you’d like to learn more, check it out on Github or on the web.