On Diversity in Conference Speakers 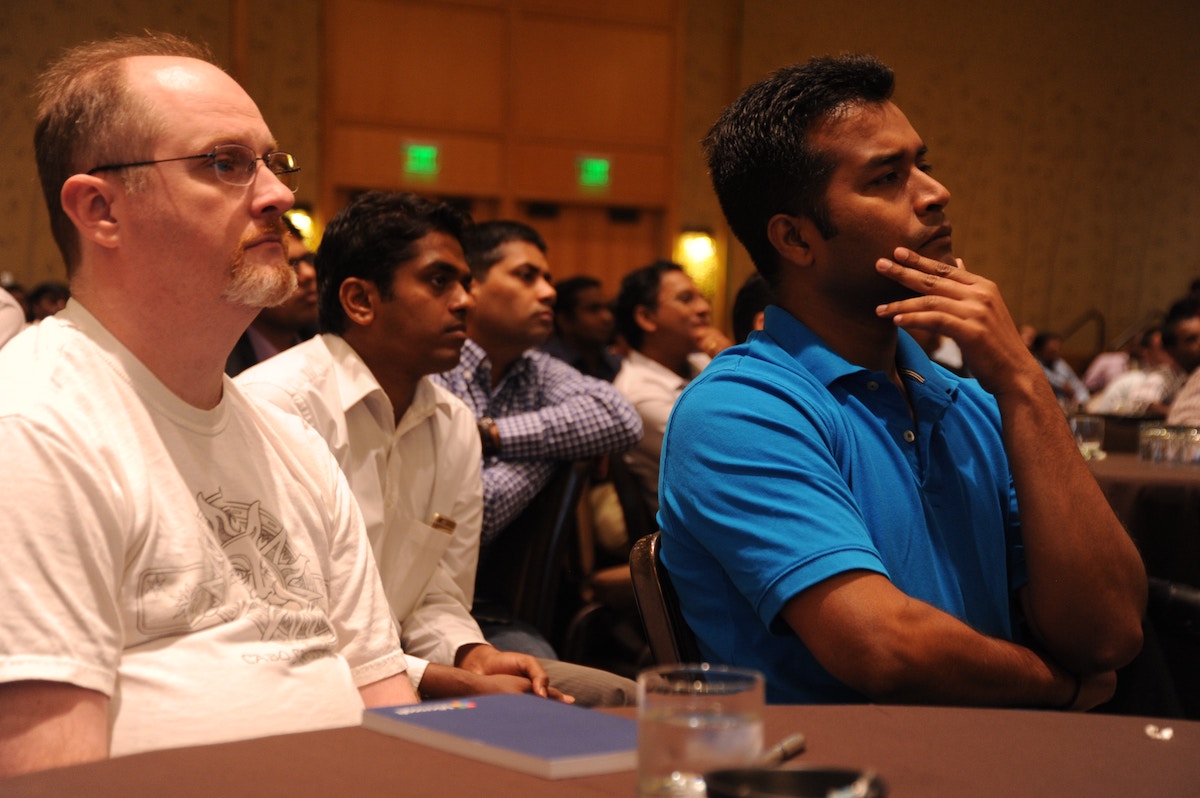 I caused a bit of a stir this week because I called out a conference in Central Europe for having an all white, all male lineup:

This year’s @phpce_eu conference seems to have gone with the “White Males Only” conference lineup 😬 Shame. It’s 2019, we can do better.

This lack of diversity is unusual in conferences - even technical ones - because the tech sector has been pretty cognizant of the years of implicit (and explicit) bias that women, people of color, and those in the LGBTQ community have faced in the industry:

I speak at conferences all the time. Every time I walk on stage - often, as the solo woman on the lineup - I’m very aware I’m representing my gender, as you said. If a guy f***s up, nobody will look at him and go “he was only up there to meet a diversity quota 🙄” - Samantha Geitz

I will empathize a little with dissenters who note that Central Europe is not the most ethnically diverse region in the world. Germany for example, comprises 76% Native-Born Germans, but with gender ratios more evenly split in all of Central Europe, it’s surprising that a conference willing to fly men from America to speak didn’t invite a single woman to share the stage. Even after three male speakers volunteered to give up their spots, the organizer refused to relent:

Equal chances mean to not disturb in the natural process. Favoritism one people group against another is acting in compliance with the /divide et empera/ principle. This is the politics and we are very far from entering politics into the event organization. - Dariusz Grzesista, PHP CE Organizer

Eventually, the organizer decided to cancel the conference indefinitely, citing our protests for a more diverse speaker lineup as the reason that ticket sales stalled.

I’m doubtful that a few speakers pulling out really had that much effect on ticket sales (none of us have an especially large influence in Central Europe), but even if it were the reason, we can only attribute that to a broader community that cares about this issue:

The interesting thing here is that if your tweet was the reason there weren’t enough ticket sales, that means that enough potential conference-goers also care about representation…This isn’t something you could do by yourself. - Tom Johnson

Why “Disturb the Natural Process”?

First, as a white man with a secure place in an industry made up of mostly white men, I’ve never felt “unsafe” or “out of place” at a tech conference. This is not surprising, and most of the people who left me hateful comments on Twitter are not surprisingly also white men.

I won’t address the really inane remarks, but many brought up the idea that “equality” means ignoring gender and race and instead focusing only on the merits of the proposed talk. The argument goes something like this:

Isn’t focusing on the gender and skin color of participants sexist and discriminating? The best topics should be picked for the agenda, no matter what the gender, race, religion or orientation of the speakers is - that’s what I understand as equality. - Izabela

On it’s face, this level of meritocracy sounds great. I’d love to give underrepresented people in tech “equal chances”, but the truth is there’s no such thing as the “natural process”, because nothing we do can be separated from hundreds of years of intolerance and inequality that certain groups have faced:

So often, marginalised people (often women of colour) are the ones expected to hold mirrors for white people to see themselves. Meanwhile, we are stuck living behind a mirror, our existence only to serve whiteness. - Tatiana Mac

I know it’s hard for a lot of white men surrounded by mostly white men to understand this, but if you spend significant time with women, people of color, people living with disabilities, or people in the LGBT community, you will pretty quickly hear some messed up stories. These are not isolated incidents - tech is not a safe place for everyone.

There are many that simply won’t see what’s in front of their eyes. They are completely unaware of how unwelcoming many technical events are for those with diverse backgrounds. There is a reason it is like it is. - Kellyn Command Line

In case you want some specific examples:

But Why Do Conference Organizers Have to Help Fix This?

I believe conference organizers have a special duty to make the situation better and not worse. Those of us who hire people, run technology groups, or organize conferences have a lot of power to set the cultural norms for our industry. Every action we take has a ripple effect as our employees, event attendees, and peers see them and take their cues from us.

I understand that not everyone believes in helping people who haven’t had the same opportunities, so maybe this is my radical streak, but things will not progress without people who make them progress:

Creating an echo-chamber of people with the same backgrounds, cultures and such moves us nowhere. How can we learn? To move underrepresented groups ahead, we MUST be inclusive…We’re not robots. Stop acting like life is all about “writing a program” Lasse Rafn

It doesn’t matter if your conference is in Ohio, Central Europe, Japan, or Australia - none of us can isolate ourselves and claim, “discrimination doesn’t happen here, therefore it doesn’t matter.” We have to address these problems as a global society.

First of all, I don’t have all the answers. I’m not an expert in the field of diversity and inclusion. I’m not part of an underrepresented group in my field, and I’m always open to ideas and improvement.

My goal is to be an ally, and as an ally, I take direction from those who have more experience than I do. Here’s a few notable suggestions for conferences that do want to improve diversity and inclusion in their speaking lineup:

By becoming proactive. Having a diverse organizer team to start with. Representation matters! Invite female speakers and folks from underrepresented groups personally. Having a panel about diversity and inclusion on previous editions already or at least plan it for this one. - Carole Olinger

Had they properly promoted the call for proposals I may have applied. But they didn’t put enough, if any, effort into promoting their CFP outside of their own white male circles. That’s the whole problem. - Estelle Weyl

If your CFP is currently only getting responses from one group or type of person, consider keeping some slots for invited talks, and figure out how to make your conference one that an invited speaker will want to say yes to. - Meri Williams

4. Build a reputation for being a safe space for all people

I’m black in this world, whether I declare myself as black or not. My stories are ones I share with people I trust… - Alan Johnson

5. See something? Say something.

Thank you for speaking out about this - we 100% need men to back us up to make change happen! - Ursula Clarke

I’d love to hear your thoughts on other ways we can build a stronger, more diverse tech community. Leave a reply on Twitter, or direct message me there to keep the conversation going.