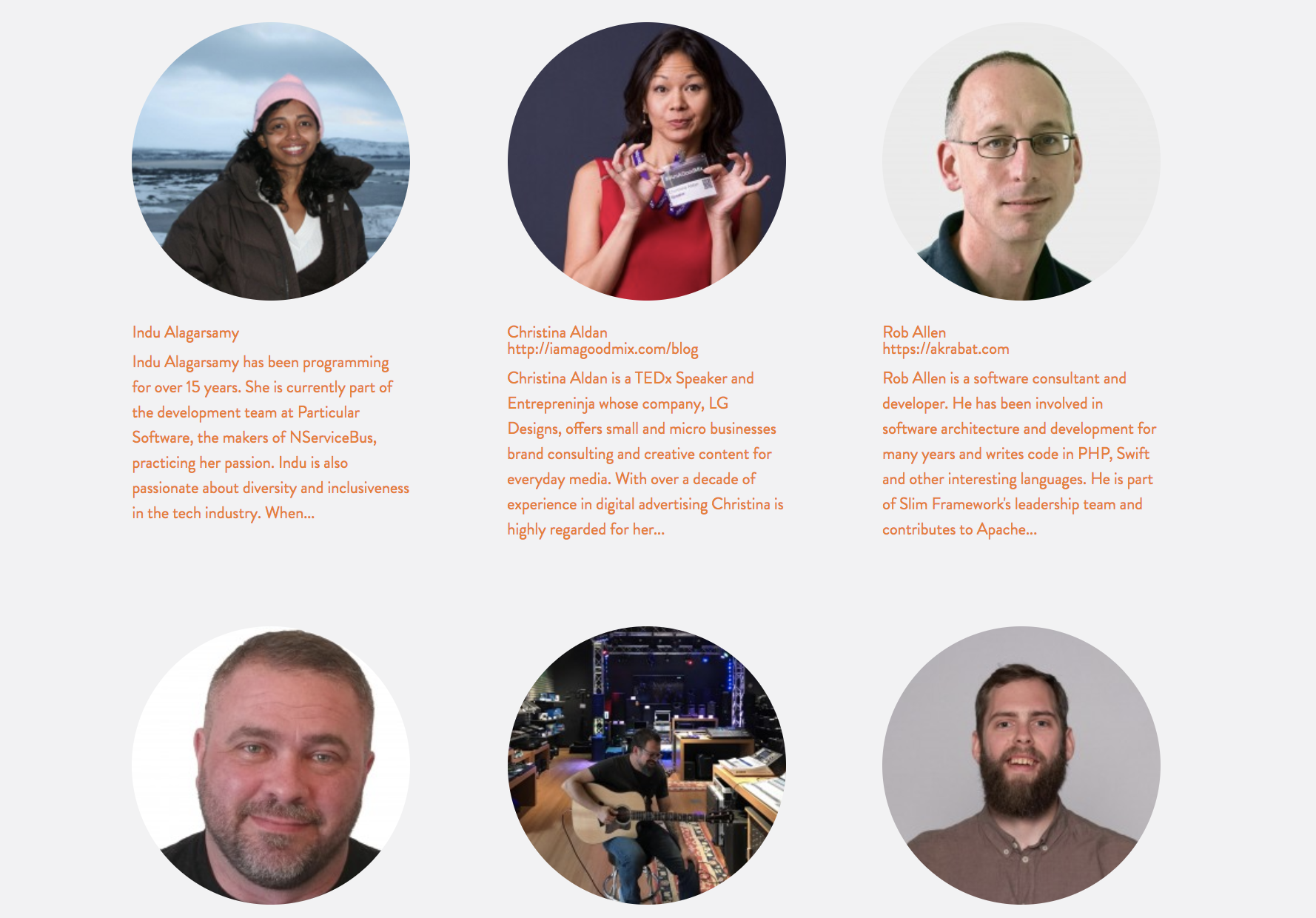 In just a few days I’ll be heading to Sandusky, Ohio for the 2018 Codemash conference. In addition to the talk I’ll be giving on Testing Distributed Systems and the tour of NASA’s Plum Brook Station that I’m doing while there, I’m really excited to see and meet some of the other great speakers at the conference. This is a huge event with four days of talks and interactive “precompiler” sessions, so putting together a list like this is really tough. I’m sure there are tons of great sessions I won’t be able to make due to timing and the fact that I have to do a little work while I’m there, so be sure to check out the whole conference speaker list if you’re heading to Codemash.

Rob Allen, the speaker at this session, is well known in the PHP community as one of the maintainers of the Slim framework, so I’ve read many of his blog posts. Serverless applications are all the rage these days, so while I think there’s some hype and they don’t make sense for every use case, I do think they have a place in the web development ecosystem. I’ll be interested to hear what Rob says on the topic.

I love real life stories of things going well and even more of things going poorly. One of my biggest fears as a software engineer is that I’ll get hired to do a job and completely fail at it, so listening to mistakes that others have made will hopefully help me avoid them.

The last two startups I’ve worked for have had founders who were women, so I’ve been more exposed to some level of diversity than some people in the infamously male-dominated world of tech startups. That said, I’m really interested in building a diverse team of engineers at The Graide Network, so anything I can do to learn more about being part of the solution will make it on my radar.

I’m not a Game of Thrones fan, but I have been doing some research on machine learning and natural language processing lately including using Markov chains to “write” original text. This talk sounds like it will take the approach a step further by using unsupervised machine learning techniques to generate scripts that could be from Game of Thrones.

5. Tales from the Front Lines: Modernizing a Legacy System

Another story session that’s right up my alley, Mark Ryan will be talking about migrating from a monolith to microservices. I’ve done this a couple times in the past five years, but it’s always helpful to gather more stories as everyone’s experience with this is different.

What talks are you excited about at this year’s Codemash conference? Let me hear about it on Twitter.